November 30, 2015 by admin in Production Advice 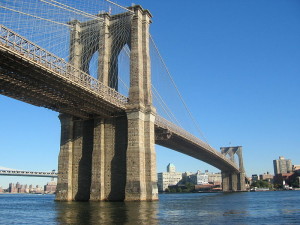 As Theatre continues to celebrate Arthur Miller this year, a revision of “A View From The Bridge” opened on Broadway this past week. The reviewer for The New York Times brings into focus why a playwright like Arthur Miller is great while most playwrights are not: “Beneath the play’s period trappings and kitchen-sink naturalism is pure primal force. In this centennial year of Miller’s birth, his exalted notion that classic tragedy and common man can indeed coexist has never seemed so organic.”

In too many produced plays today (or yesterday) the issues are small, the characters weak, and their actions trivial. Not in Miller’s plays. The reviewer of “A View From The Bridge” continues:

“None of the its characters are articulate, and much of the play’s power comes from the aching gap between simple words and vast and complex feelings.” In another play that opened this past week, “The Humans,” described as “quite possibly the finest play we’ll see all season,” the issues are not big, the characters are weak, and the actions manifesting the feelings of the characters are trivial. Are there in any of Miller’s plays, actions by a character dominated by going in and out of the bathroom because of diarrhea?

Miller’s plays are worth producing over and over again (three major productions of “A View From The Bridge” in 5 years) because the issues are BIG, the characters are STRONG (even if inarticulate), and their actions (even if simple) MOTIVATED BY INTENSITY OF EMOTION.

Let’s write plays like Arthur Miller. Let the bathroom be used by the actors during intermission.