DRESS FOR SUCCESS and DRESSED TO KILL Read in New York at the Northport Reader’s Theater, September 21, 2015

September 30, 2015 by admin in Uncategorized

Two of my one-act plays were read in New York at the Northport Reader’s Theater last week. The video of the readings will seen be available soon. Both plays had been previously revised based upon readings at the playlab of the Snowlion Rep Co as well as comments of my tutor at the University of Oxford this summer. Yet more could be done! The comments in New York were very gracious and constructive. I reviewed both DRESS FOR SUCCESS and DRESSED TO KILL after the readings in New York and realized that I could explore the characters more and their relationships with each other.

Having the opportunity to present one’s work in a number of different settings provides input that can have major impact on developing a play for the stage. Watch the video (coming soon)  of the readings of DRESS FOR SUCCESS and DRESSED TO KILL and then the newly revised versions on my website to see how much dramatic each play has become. 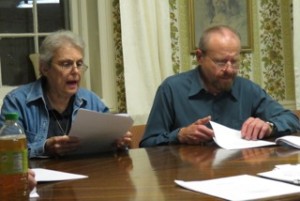 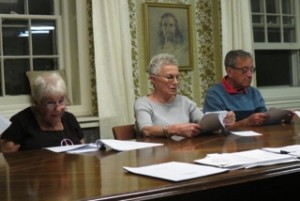