“I DRAMATIZE HOW PEOPLE ARE. I DON’T PREACH.” 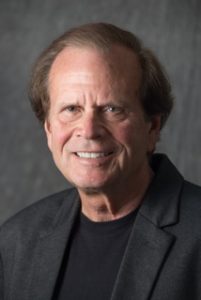 Delvyn C. Case, Jr. is Director of Drama at First Presbyterian Church, Bonita Springs,  Florida (near Naples).  He is previously the Director of Drama at First Baptist Church, Portland, Maine for 20 years where he produced and directed a large number of plays he has written. Delvyn’s plays have been produced at a number of festivals including the Maine Playwrights Festival (several Best Play awards), Karitos Conference, Art of the Play Festival, Northern Writes, Crowbait Club, and Samuel French One Act Festival (Off Off Broadway production of KABUL SCREAMS in October 2012).  His play WHOSE RITE? was produced at the Boston Theater Marathon in May 2014.  He has won the Maine Literary Award for playwrighting, Honorable Mention in the Writer’s Digest Writing Awards (several years), and First Place in the Christians in Theatre Arts Awards.  Several of his plays concerning the Rwandan genocide have been commissioned by Central Africa Vision (U.S.A.) and performed in Rwanda and Burundi.  He is published by Drama Source, and a full member of the Dramatists Guild of America and the Society of Stage Directors and Choreographers.  Delvyn is also a member of the Snowlion Repertory Company Playlab and Crowbait Club (Portland, ME). Delvyn is an Emerging Artist of the Stage Directors and Choreographers Society.

In the summer of 2015, Delvyn studied theatre at the University of Oxford with Lynn Robson.

Delvyn and his wife reside in Cumberland Foreside, Maine and Bonita Springs/Naples, Florida, traveling to New York (“as much as possible”).

Over 400 plays to choose from, spanning 20 years of playwriting